Home » Blog » Property Market News » How has Brexit affected the future of the UK property market?

How has Brexit affected the future of the UK property market? 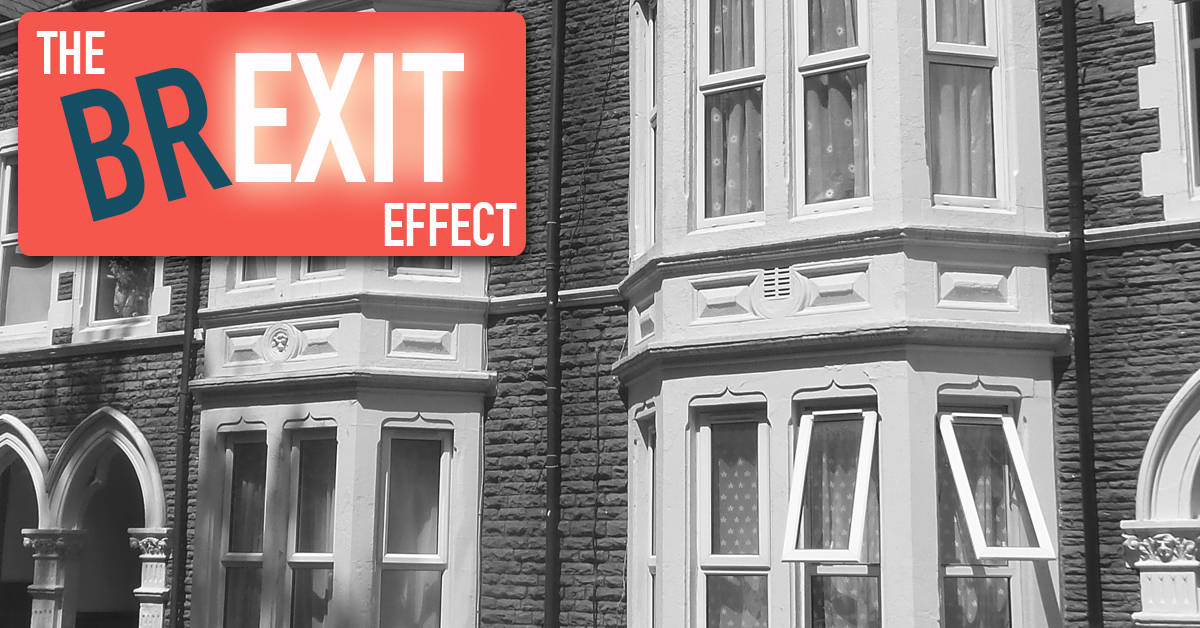 Since the UK voted to leave the EU in June’s referendum, politicians, economists, financial bodies and us property experts have all been overrun with conflicting messages about how Brexit will impact the UK property market.

Even prior to the vote Chancellor George Osborne warned that a vote to leave could impact housing prices, Prime Minister David Cameron predicted that mortgages may rise by £1,000 per year and Treasury analysis said house prices could be 10 to 18% lower by 2018.

Several other important voices, including Deutsche Bank, The International Monetary Fund and credit rating agencies S&P and Fitch also raised concerns that a leave vote could reduce the value of UK houses.

Now that the referendum has taken place and the UK looks set to leave the EU, have these predictions come true?

What has happened so far since the Brexit vote?

Already, shares in estate agents and house building firms have dramatically dropped in value, which is a reflection of the uncertainty ahead for the UK property market. There are reports of buyers and sellers abandoning transactions after the referendum result, and estate agents have reported that the number of potential house buyers is currently at a three-year low.

It seems that people are wary of the financial implications that Brexit may bring and are holding off on buying, which in turn means that those who want to sell their homes are having a harder time in doing so. It’s not just UK homeowners who are wary, either: a major Singapore lender has suspended loans for buying UK properties, and there has already been a big lull in the number of property transactions taking place.

This unfortunately looks set to continue until the economy becomes more stable.

Why could the Brexit cause a crash in property prices?

Due to the uncertainty about future trade agreements for the UK and the falling rate of the pound, economists believe that Brexit could cause an increase in the general cost of borrowing across the whole economy, i.e. mortgage lending.
With potential buyers and investors put off by the expensive lender rates, demand for housing could drop and result in fewer house transactions, which in turn has a poor impact on the price growth of property.

These predictions are based on the previous boom and bust cycles in the UK housing market. During the 2007-2008 global financial crisis, the cost of borrowing rose and banks reduced the frequency at which they were lending. As a result, house prices fell by 16% between 2008 and 2009.
Experts are predicting a similar process as a result of Brexit.

In the 2007-8 financial crisis, countries which had recently gone through a boom in house building saw far bigger declines in house prices than the UK, which had not been building new homes at the same rates. It’s hoped that the UK’s current shortage of new homes could help to stem a dramatic fall in house prices after Brexit in much the same way.

How much could house prices fall?

Online property portal Zoopla has warned that average UK house prices will drop £53,000 from the current level of £297,000 – that’s 18%. However, there is still much debate on the issue, with some predicting the fall in house prices to be far less dramatic.Auditing giant KPMG has predicted a 5% drop in house prices across the UK, and a higher fall in London, and Merrill Lynch, a division of Bank of America, believes that London will see a 10% fall in prices within the next year.

Some experts think that prices will simply stagnate over the next couple of years. This means that current homeowners may not see their property investment grow, but will at least not have to deal with a major price drop.

How will homeowners and potential buyers be impacted?

If house prices do fall as so many predict, it could be good news for first time buyers who may be able to snap up new properties at much cheaper prices. However, for current homeowners considering selling up, there is a risk that they make a loss on their property.If the effect on the market is that less people are selling and less investors are building, it could also cause a shortage of homes for first time buyers.

With the strength of the pound slowly failing, some believe that UK property could become more attractive for foreign investment, particularly from within the EU. This could help to keep house prices afloat. However, it is still very early days after the referendum, and the full impact of Brexit is still yet to be seen as the UK government begins negotiations with Brussels in the lead up to exiting the EU?

How will the Brexit effect first time buyers?

If you’re a first time buyer looking for a home to live in for several years, there is no reason not to go ahead with a house purchase. At this moment it could inevitably be more difficult to borrow and be prepared for a potential rise in mortgage rates in future.
Right now, the market is unsettled and property experts and economists continue to offer conflicting views as to what will really happen to house prices and the market as a whole. There is without a doubt a slowdown in transactions which looks set to continue for at least several months, meaning that the value of your home could stagnate or even potentially fall within the next few years.

How will the Brexit effect people selling their home?

For those thinking of selling up, now might be the ideal time to do so, because house prices could begin to fall in the coming years.
However, since estate agents are seeing an all-time low in potential buyers, it isn’t unrealistic to think that many sellers will be waiting far longer than they’d like to complete their sale, or have to deal with buyers pulling out part way through the transaction due to market uncertainty.

Homeowners looking sell a house fast despite the current turbulence should strongly consider selling their homes fast to a property cash buyer, rather than letting them linger in a stagnant market.

If you are looking for a quick house sale Mark King Properties can make you a cash offer today. We Buy Any House regardless of condition. The no.1 Sell House Fast service in South Wales.

Are you thinking about selling a house in South Wales?

Simpley fill out this form to get a quick, free cash offer from Mark King

Related Posts You Might Enjoy in the "Property Market News" category

Looking for more from the "Property Market News" category?

How much is your South Wales house worth?

Exclusive to South Wales. Fill in this simple form for a quick cash offer.

Click Here & Get a Cash Offer For Any House Now!

Get Your Cash Offer Now

Not sure how to sell your house? Do you have a house that has some problems?
Book a free call back with founder Mark King