Welsh property is the only one on the up 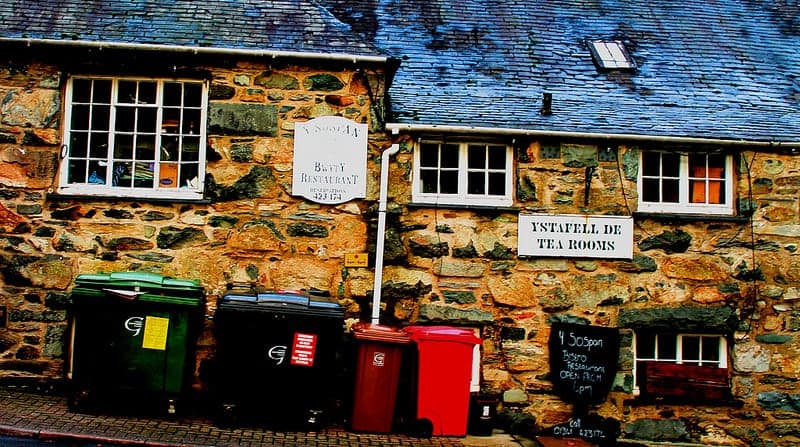 You might be forgiven for thinking that house prices are at a record high and that if you’re not already on the property ladder, you may never get your chance. You might be looking to buy your first house now or even sell your house fast. However, research from house price experts Zoopla shows that between January and March this year, a massive £29 million was wiped off the value of Britain’s housing stock in every single part of the country – except for Wales.

Welsh property is the only one on the up in 2017

Zoopla studied all the information collected on its property value monitoring website for the first quarter of 2017, and came to some interesting conclusions. Cities and towns across England and Scotland have seen their property values peak, and prices should now be on the way down, which is great news for people who had previously dismissed the idea of buying their own home. Prices in the south west of England have had the biggest fall, down by 0.6%, with even the property hotbed of London falling by 0.24%. Even Scotland suffered a fall, albeit only a small one of 0.08%. This means that the value of Great Britain’s housing stock is now nearly £8 trillion down since its peak, making an average decrease of £1004 over a three month period on a British home, or about £11 per day.

However, in a bit of an unexpected twist, the only increase in property values was from Wales, which usually lags behind England and Scotland when it comes to property prices. Property in Wales has risen in value by 0.4% in the three months from January. A real winner for Wales was Tredegar in Blaenau Gwent, near Merthyr Tydfil, which topped the property price increase league. This little hotspot has seen its property values shoot up by 1.83% in the last three months. Just ten minutes down the road, the town of Ebbw Vale has also seen a boost in its property prices, with a 1.63% increase since the start of 2017. That gave it fourth place in the league table.

Also inside the top ten was the Welsh border town of Chepstow in Monmouthshire. Taking sixth place, Chepstow saw prices increase by 1.51%. Even Rightmove has declared Chepstow a property winner, with their figures showing that prices increased by 8% on the previous year, and saw a 12% increase on the 2007 average of just under £206,000. As a property investor in South Wales, I am still currently buying any house.

Where there are winners, there are also losers, and at the other end of the table, the biggest price crash has hit Bridport, near the Devon coast. 2.06% has been wiped from the value of properties in this pretty market town, according to Zoopla’s figures. The average home in Bridport comes in at a little over £325,000, which is completely unobtainable for many people trying to get onto the housing ladder.

While London may continue to be a popular place to buy, London’s commuter towns have seen some of the biggest declines in their values. Woodford Green, Morden and Northwood placed fourth, fifth and sixth respectively on the chart of biggest property price decreases. The ever-popular Waltham Cross in the Hertfordshire borders came 8th, seeing a 1.74% fall.

Where have all the buyers gone?

So what has caused this deterioration in such a small period of time? It’s possible that the most seriously affected towns are a victim of their own success. With high prices, it’s almost impossible for a first time buyer, or a buyer with a lower income, to get onto the property market. Instead, these would-be buyers are looking elsewhere, renting, or staying in their family home with their parents. Without these new buyers to stimulate growth, the market is slowing down, reliant on those people making the second or third step on the ladder.

Meanwhile, places like Tredegar, where there are still affordable homes, are reaping the rewards as new buyers continue to enter the market and keep the property stock moving. At the moment, Tredegar’s average house price is a little over £102,000, which is less than a third of the Bridport average value figure. Add that attractive price to continuing low interest rates on mortgages, and you can see why buyers – especially first time buyers – are pulled to the banks of the Sirhowy River.

Home owners shouldn’t panic too much about a sudden plummet in home values though. Compare prices this year to those from last year, and they’re still higher than they were. On average, a British home has risen in value by 1.44% over the last 12 months. While this year’s first quarter figures may not make for brilliant reading for those of you outside Wales, perhaps it’s time to have a look at what’s on offer on the west side of the Welsh border? Friendly people, spectacular scenery, and now a really resilient property market means that an investment in bricks and mortar in the Land of our Fathers might be the best move you’ll ever make.

Are you thinking about selling a house in South Wales?

Simpley fill out this form to get a quick, free cash offer from Mark King

Looking for more from the "South Wales Property News" category?

How much is your South Wales house worth?

Exclusive to South Wales. Fill in this simple form for a quick cash offer.

Click Here & Get a Cash Offer For Any House Now!

Get Your Cash Offer Now

Not sure how to sell your house? Do you have a house that has some problems?
Book a free call back with founder Mark King